Limited edition of 300 hand-numbered copies on yellow 7’’ vinyl with hand-printed letterpress labels, packaged in a 4-colour screenprinted sleeve, including a poster with the lyrics and cover art.

“The Providers” was originally released in digital format by Beatquick in May 2014 and re-issued in a limited 7” vinyl edition by Untitled-1 in May 2015.

Elephant Phinix rhymes smoothly over a down-tempo, slow boom bap beat produced by JK One, layered with mandolin and medieval choir samples. Mastered by Koebbel. Some would describe this track as contemplative. Elephant Phinix raps about life and the choices we make that ultimately define who we are.

After all,
“Life is what you make it, you better make it strong.
This is more than just lyrics on a song”.

Born in 1986 in Sunderland, UK, home to The Black Cats, he moved to Athens, Greece, at an early age. He has always been a music lover but his attraction to the microphone grew out of free-styling over beats and laying down tracks with friends around the age of 18.

“Athens Burns” marked his early beginnings. The graffiti crew it represented helped him think out of the box and look at rapping from a more serious perspective, paying more attention to the lyrics.

JK One is a Vyronas kid at heart.  He’s a member of the Phase3 crew, formed in 2001. An MC and a producer, he’s been loyal to the mic and hip-hop culture for more than fifteen years. He’s a dedicated follower of boom bap and loves a grittier sound.

Born in Karditsa in 1983, he currently lives and works in Athens, Greece. His work stretches all the way from graphic design, illustration, silkscreen printing and murals to documentary videο, renowned in the local underground graffiti and street art scene.

Elephant Phinix has collaborated with Jola quite a few times in the past. Jola’s artwork is displayed on “Patience is Gold” and “The Gutter Twinz” album covers, accompanied by limited, silkscreen printed apparel.

If you live in Greece, please contact us for other payment/delivery
options at info@untitled-1.org

* other sleeve color variations are not available for sale 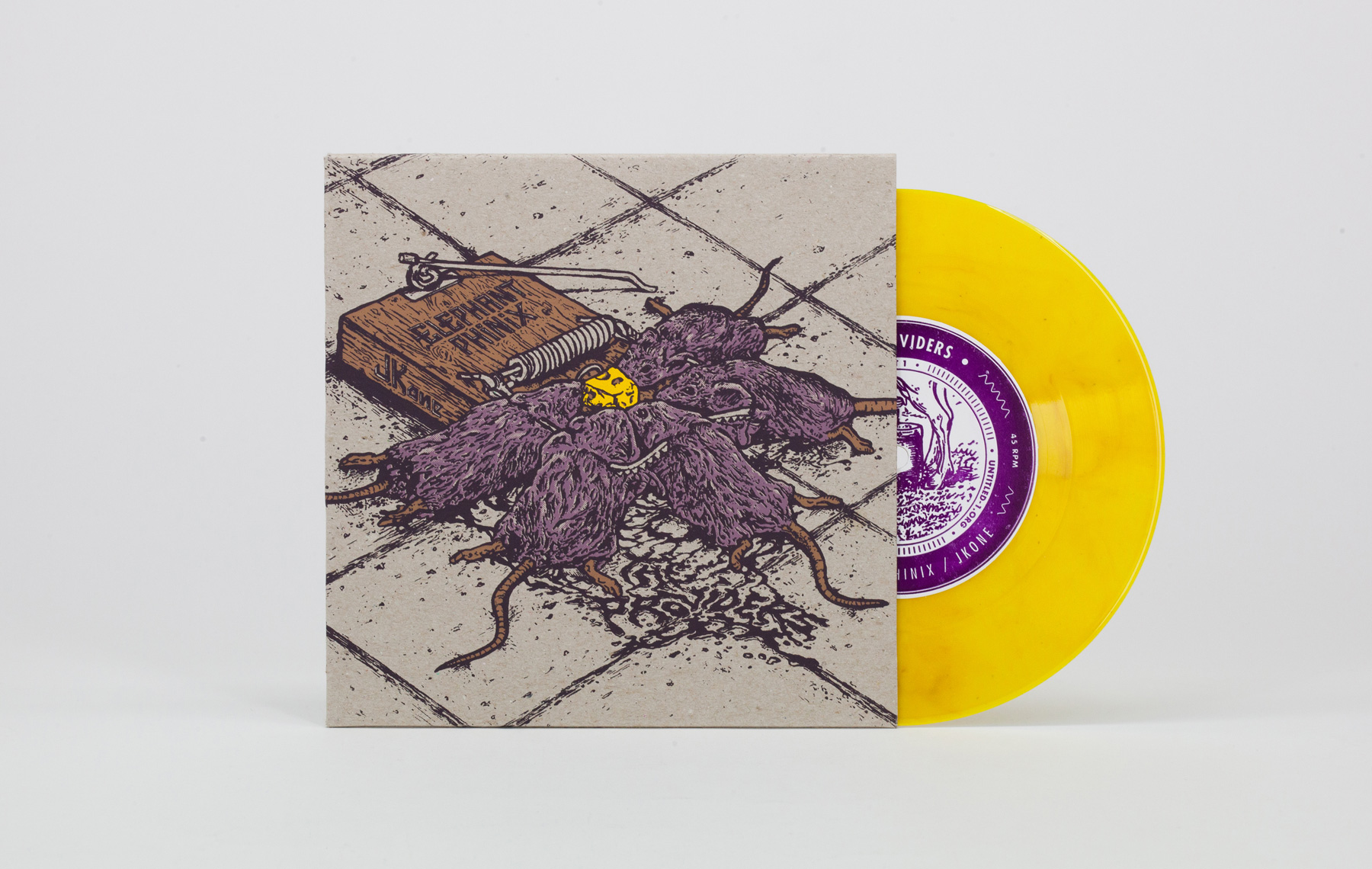 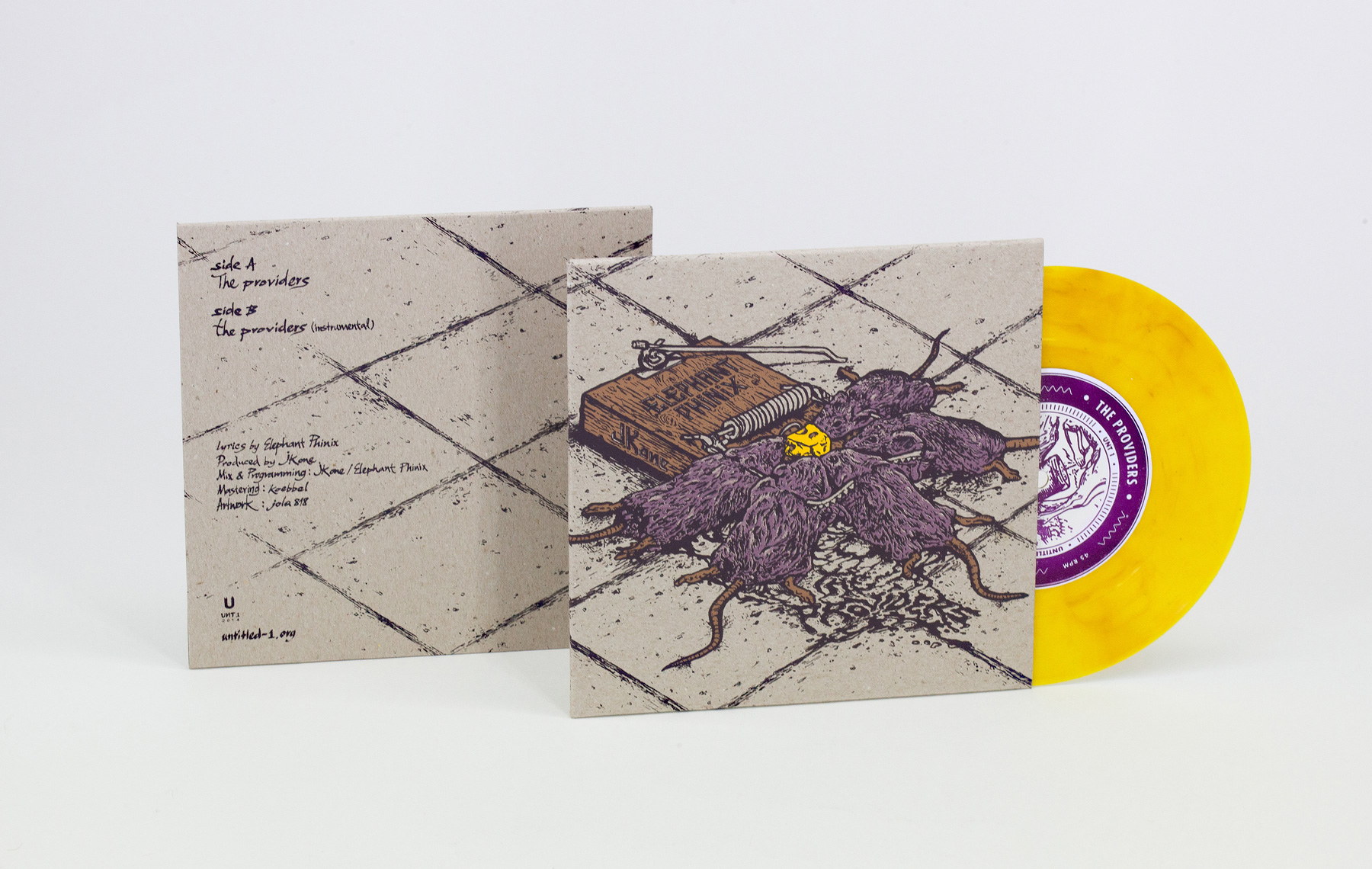 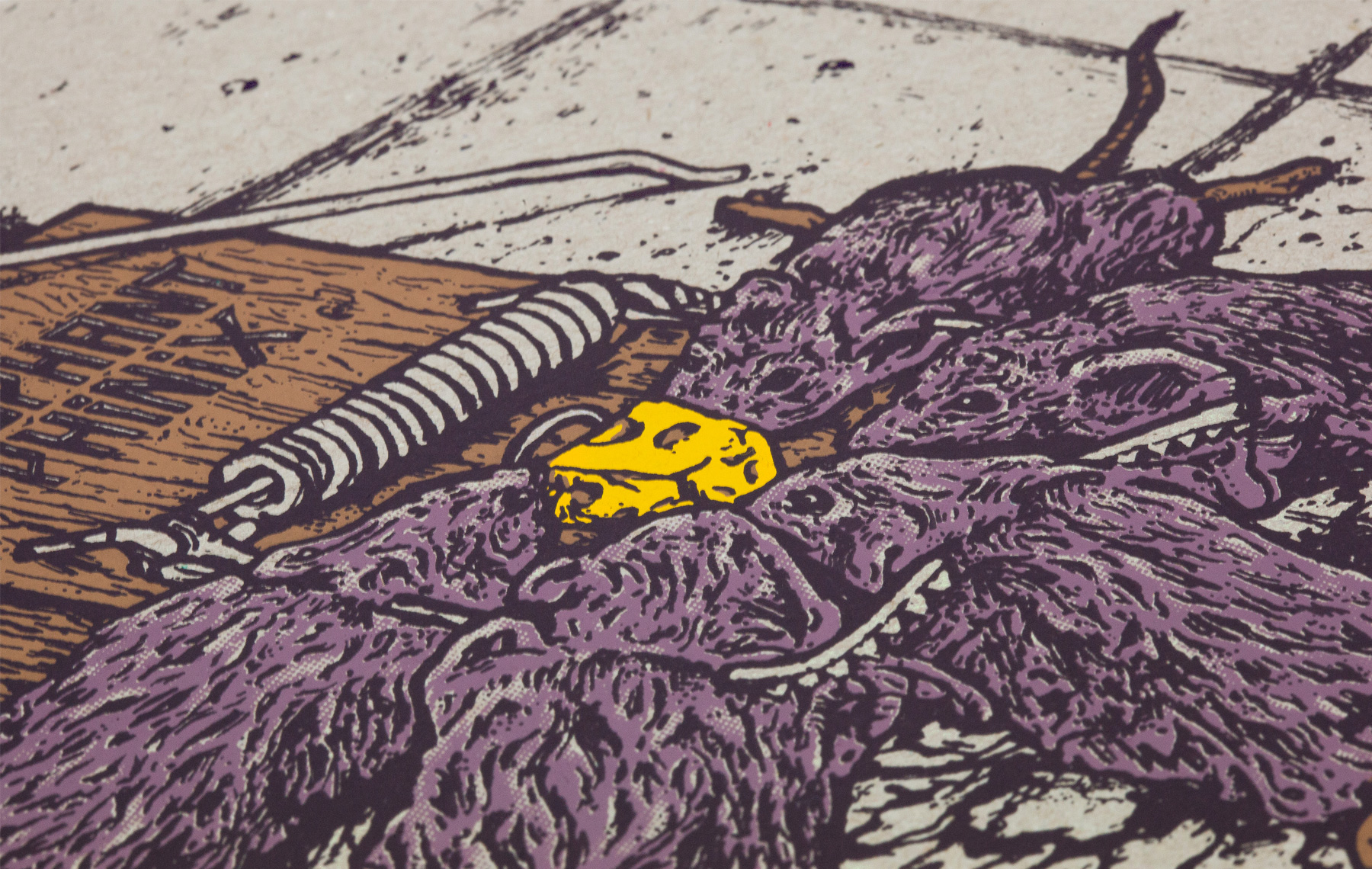 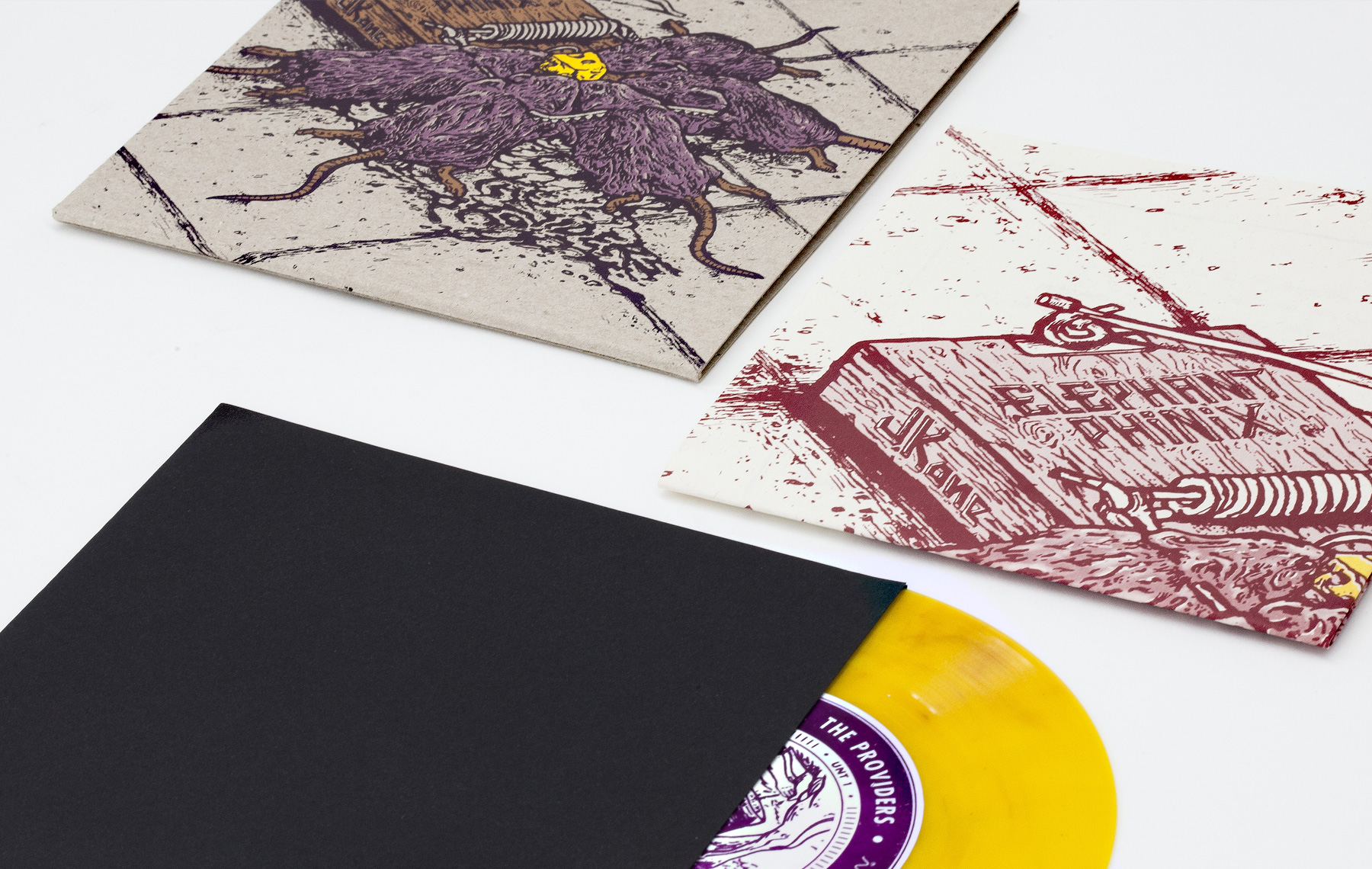 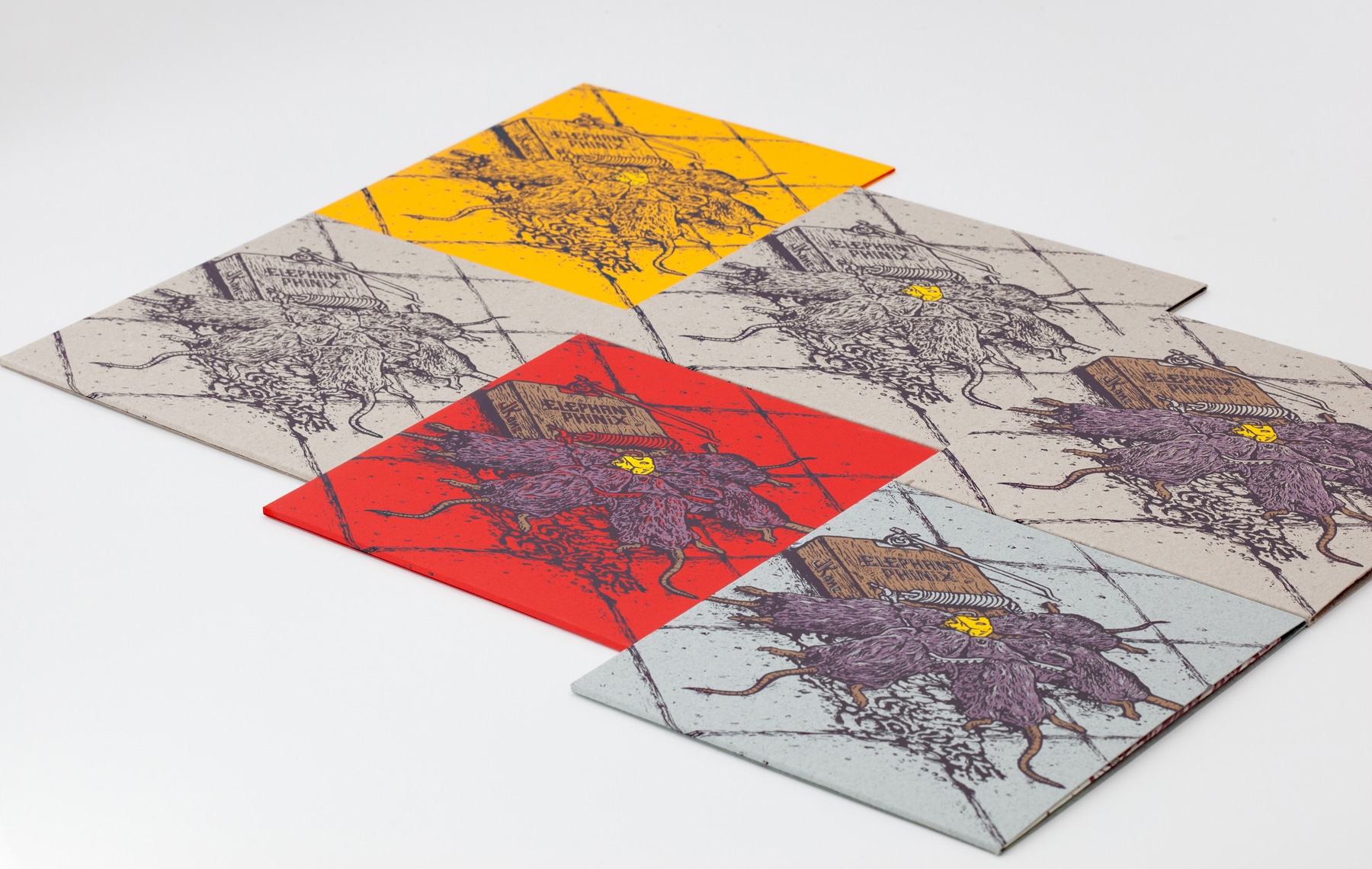 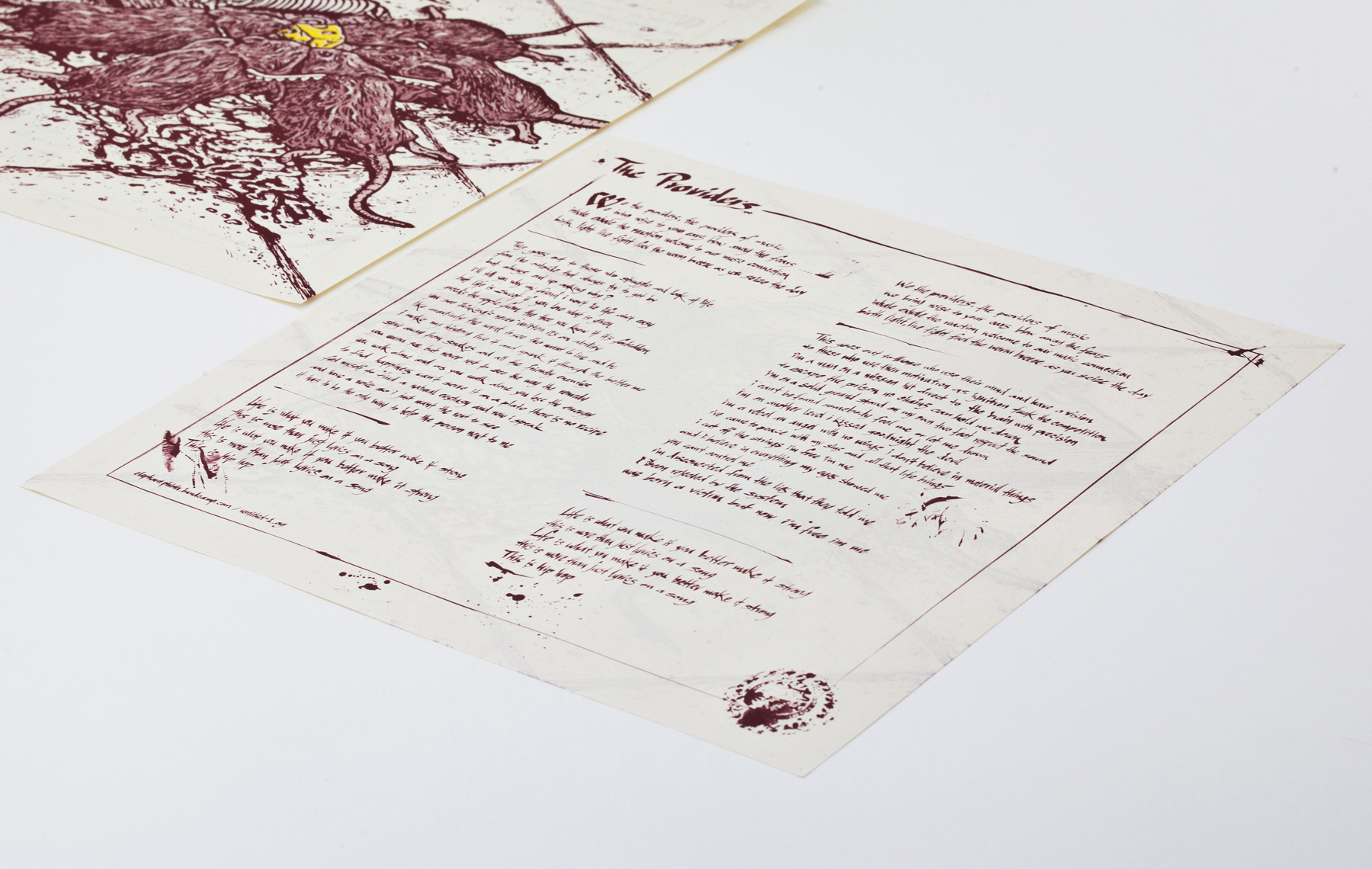 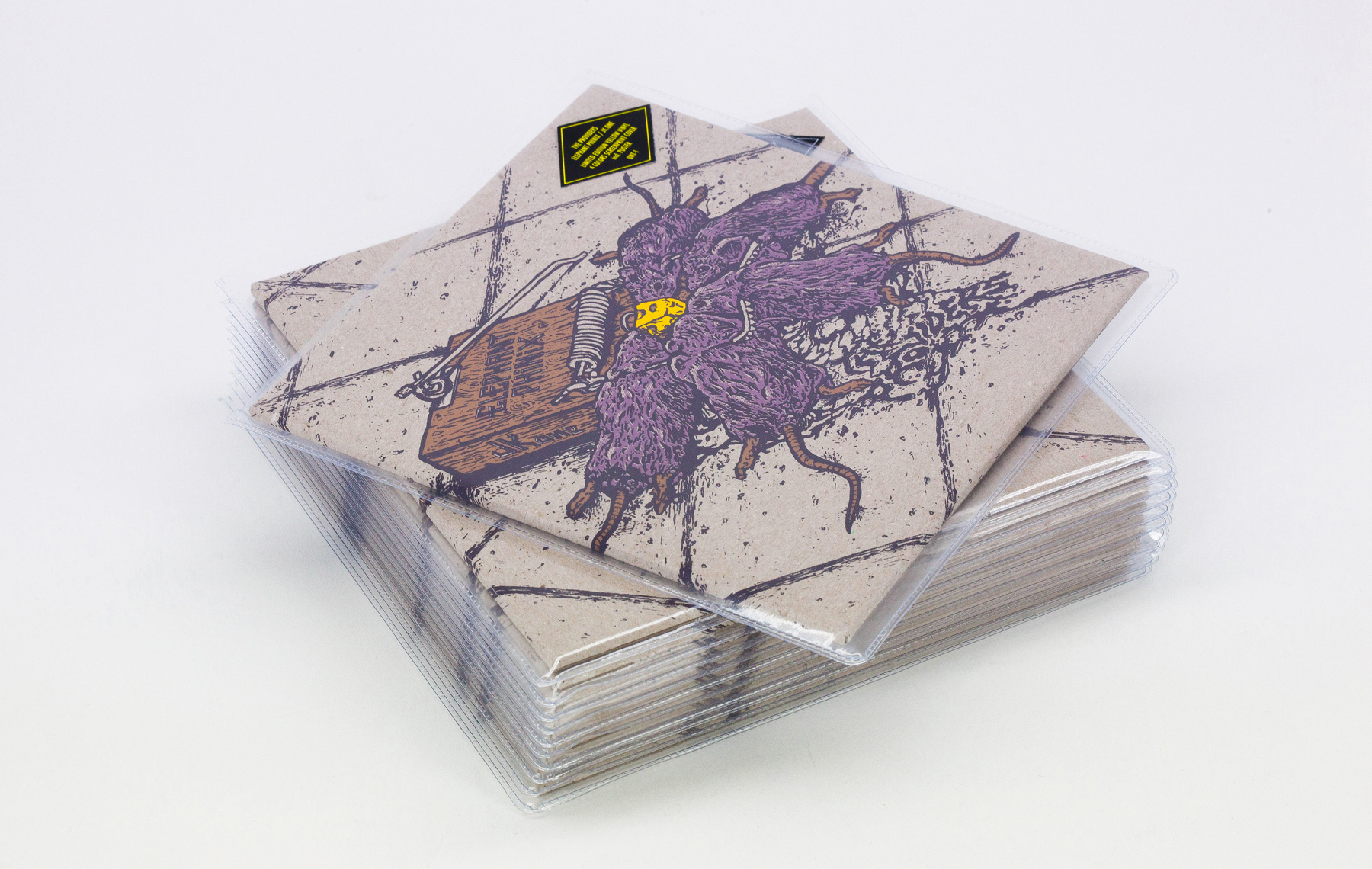